I am currently sitting at the dining room table, trying to write. I am wearing: a hat, yoga tank, long sleeve t-shirt, wool sweater, fleece pull over, undies, long johns, jeans, wool socks, and clogs. And I have blanket over my legs. And I'm still cold. I realize that if I got myself moving I'd probably be just fine, but I need to tie my ass to this chair and finish this project!!!!
Posted by Zoe the Wonder Dog at Friday, November 21, 2008 7 comments:

When I think too much about it, the concept of "feeling proud" of someone else's accomplishments is baffling to me (isn't it like taking credit for what they did?), but I have no other way to describe how I feel right now.

One of my students, a woman I had in my U.S. survey course the very first term I was in Michigan and then had in two other courses in years following, won a seat in the state house.

Like many of our students, she was not a traditional student. She was older. She was a nurse. She wanted so much from college. She was always one of my most enthusiastic students, intensely following every discussion and lecture, but also one of the most tentative, at least at first. I pushed her and pushed her in her writing and discussions to take a stand, defend her points, make an argument and it has been a joy to see her lose that tentativeness, a process that has resulted in her election to the house.

I wrote her a few lines of congratulations and she responded with the most generous e-mail. It made me cry. She told me not only how she felt inspired by my classes but played back through the various topics we had covered and how they had helped her stay motivated and talk to her now-constituents during the campaign. And then she closed with this:


Today is a good day to be a professor. Lesia, you rock! Do good things!

Shrine of the Modern 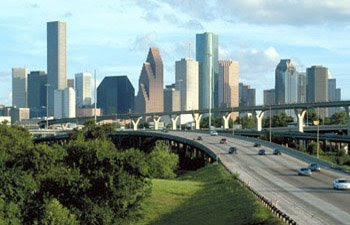 Houston is precisely the same age as Atlanta. You wouldn't know it from looking at it, though. The city is, according to one architectural historian, "notably unsentimental" about the past and the built environment of the central business district is certainly a testament to that. Houston is also the only major U.S. city with no zoning ordinances. This last bit is a tiny bit ironic since I was there to give a talk on, in part, the zoning for adult businesses in Minneapolis. The individualist orientation of Houston is most noticeable downtown in the buildings that span the street. Apparently the way downtown was platted, land owners owned to the middle of street and as long as they didn't block traffic, they were free to build away. And they did, creating an almost tunnel-like feel on many of the streets.

Downtown is chock full of skyscrapers built after the oil embargo of 1973 and before the U.S. oil market went bust in the 1980s. All the major oil companies built tall in that period, competing for height, shimmer, and bragging rights for capturing the hottest architects from around the world. There was a bit of public mindedness (or was it just competition?) so that several of these developments also include plazas, fountains, and, ah...., sculpture. Even though the architects came from all over, most gave a nod to climate of south Texas and put the steel frame on the exterior and set the windows back in so that the steel would offer a touch of shade. A touch is the right word, though. The setting sun reflecting off all that glass is a pretty amazing sight.

Houston has a couple of older neighborhoods. A tiny bit of the old 4th ward, the black neighborhood, still exists with its tiny streets and even tinier houses. These places looked like the tourist cabins you can still see in the UP, but closer together, all white, and under the shadow of downtown, separated by the elevated freeway that seems like a belt holding the skyscrapers together. A white working class neighborhood also still exists near downtown, but it has taken herculean efforts to save it and the results are mixed at best. Not surprisingly, THE wealthy neighborhood of River Oaks still exists, though even there some of the old houses are being torn down so that even more opulent abodes can be constructed. While there was a mix of housing styles, the modern theme of the city is still evident: flat roof, right angles, long footprints.

There is a mark of the climate in the housing as well. Most of the homes are built to be quite narrow, not more than a room deep, so that windows can be opened to create cross-breezes.

One of the things that these wealthy, wealthy folks did was to collect art. The city has a sculpture garden and an art institute. One couple, John and Dominique de Menil, have had a stunning impact on Houston's built and cultural environment. They were instrumental in establishing the University of St Thomas and, a testament to their love of modern, had much of it designed by Philip Johnson. 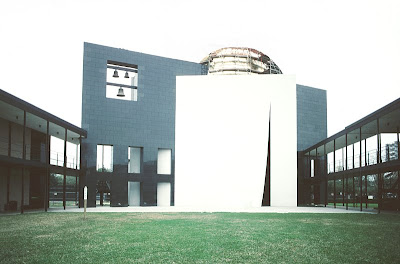 A block away, the couple worked with Mark Rothko to create the Rothko Chapel. 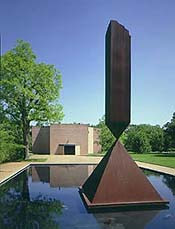 A block in another direction they built the Byzantine Fresco Chapel Museum. Both these spaces called too heavily on the sacred for my tastes, but together with the university, one can certainly get a good sense of the modern vernacular: entrance ways that are so non-descript that they look more like loading docks than front doors, heavy use of concrete and steel girders that almost overshadow the lines and proportions of the designs, and lots of dimness/darkness. Much effort went into controlling the light... using natural light, but bending it, diminishing it... 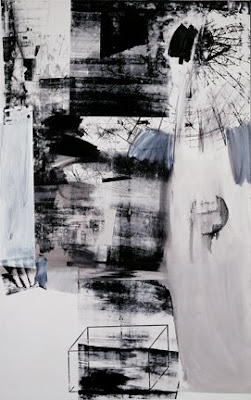 The real heart of this neighborhood of art is the Menil Collection, however. Not only is there a good chunk of amazing art from the Menil's personal collection in this museum, but Dominique guided the design of the building with her very strong ideas about building accessibility and aesthetics. The collection is plunked down in the middle of a neighborhood of 1920s bungalows -- all of which, the museum and the houses, are painted this shade of gray/green with white trim that she chose. 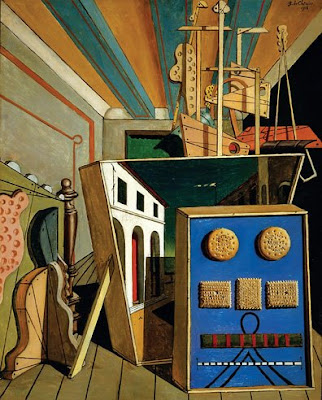 She was also adamant that art spaces should be about art... no parking lots (there is one a block away, everyone must walk past houses and sculpture to get to the entrance), no gift shops, no cafes, no gimmicks -- just white walls, diffused light, rough dark wood floors and lots of art that included everything from tribal masks to surreal paintings and modern sculpture. Amazing.

So there. That is what I saw during my weekend in Houston.
Posted by Zoe the Wonder Dog at Wednesday, November 12, 2008 1 comment: 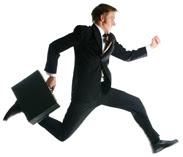 So here I am in downtown Houston for too many days for an urban history conference. I'm an early riser generally, but the hustle and bustle of this downtown surprises even me. When I opened my curtains yesterday morning around 6:00am, I could see a couple of people moving about their offices in the tower just across the way. This morning, not even 6:30am, the parking spaces in the lot I can see from my window were half full. The sidewalks below were not crowded, but they were surprisingly busy with business-suited white folks carrying the standard-issue black bag.

I've been recently fascinated by the early morning world at home which I've encounter when I head out the door early a couple of mornings a week to take a walk before days that would otherwise be spent sitting at my desk. Those wanderings, however, are in a neighborhood. I see people leaving for work and kids waiting for the early bus so they can get to band or sports practice before school. Here, though, there are few residences. These are people who are coming from somewhere else. They have already been up, dropped their kids somewhere, and driven downtown. I don't entirely understand this early world. I'm a morning person, but I'm not the "be in my office every morning before 7am" kind of morning person. I generally like my early mornings... as long as I don't need to be anywhere. In my ideal world, I like to get up early, listen to the news, drink my coffee, read, and, often, do some writing, all while still in my jammies and without having to talk to anyone -- kind of like I get to do this morning.
Posted by Zoe the Wonder Dog at Friday, November 07, 2008 1 comment:

Random Bits in My Head

So The Killers have a some new music out and it's being played to death by the radio stations. I don't particularly care for the band (though I am sure I would have loved them in 1983!), but the song "Human" is catchy so I've noticed it and I think they are having a larf at us. Part of the chorus goes:

Are we human?
Or are we dancer?
My sign is vital
My hands are cold

Will your system be alright
When you dream of home tonight?
There is no message we're receiving
Let me know is your heart still beating?

There's more, but you get the idea. I'm imagining someone in the band having a riff and they all sat around and threw in phrases, rhymed off each other, had a drink, stirred the words around, and then poof... they called it a song... and now it is this huge hit. Yeesh. 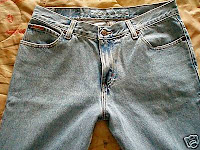 I picked up a couple of pairs jeans last week and they are my first ever with a button fly. Yes I've encountered button fly jeans before, if ya know what I mean, but never had any myself. So now I've found myself teetering off-balance as my graceful, well-practiced approach to the toilet is hampered by a fly that takes more concentration than I am used to. Worse yet is the getting them done up. I'm a button first then zip kind of gal generally, but that doesn't work with button-flies. If you button the top button first, then work your way up from the bottom you run out of room to maneuver the last button or two through their holes. None of this is earth-shattering, of course, but I'm amused by the muscle memory I seem to have for getting dressed and how that has been challenged in the last couple of days. 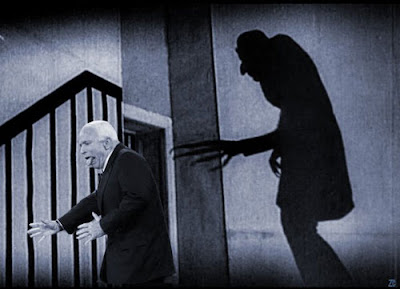 Finally, I've been a little stumped by McCain's recent stump speech. Why is he running around Pennsylvania and everywhere else saying "Obama wants to redistribute the wealth"? It's not really the distortion of the Democratic platform that leaves me puzzled, rather it's that this line might work (or at least be thought to work) on the (ever amorphous) "middle class" voter. How is it that we have bred a sizable (or sizable enough to attract the Republicans) population that is convinced that they have enough wealth that the Democrats might actually take from them and give it to... who? This sense of embattlement, sense of competition, sense of individualism, sense that for someone else to do better you must necessarily do worse chills me. And that McCain would jiggle that particular insecurity in the electorate offends me.
Posted by Zoe the Wonder Dog at Sunday, November 02, 2008 1 comment: